The Long Road – A Soldier’s Tale

Like many others, Fred Crossan had to leave school at the age of thirteen to help support his family. In 1940, when the call went out for more men, he lied about his age so he could go to war.

On Crete, he fought with courage in one of the most savage battles of the Second World War. He was forced to surrender due to the overwhelming firepower of the Germans, but he was not defeated. He suffered hardships as a prisoner of war in one of the worst camps in Greece, escaped twice and made a home run on his third attempt.

He held no rank but private. He was a man among men, one who never suffered fools gladly. From birth to death, he walked a long road with dignity. 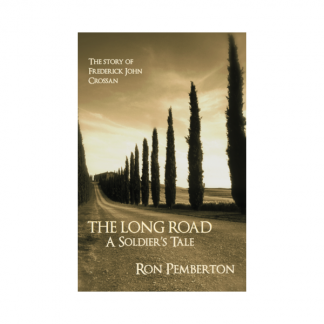